The BEEF Shed is back and this year has evolved and expanded into a new form – the Octopolis; a collaborative film and sound hub hidden deep in the woods at Supernormal Festival, Braziers Park hosting a schedule of activities and performances from BEEF members and friends throughout the weekend. Come take part in a drawing on 16mm film workshop, a Radio Orchestra, Shirley Pegna’s Midnight Listening to Stars by Starlight amongst other experimental delights.

SUPERNORMAL is a three-day, experimental arts and music festival taking place at Braziers Park in Oxfordshire. It offers a platform for artists, performers and musicians to work collaboratively and creatively for a new kind of audience seeking experiences out of the mainstream.

BEEF is a self-sustaining film and sound collective with an analogue heart initiated to support and nurture experimental film in Bristol. This project is part of the Shed Commissions by Supernormal Festival.

From 7pm – Opening – Ocotoplis Hang out! 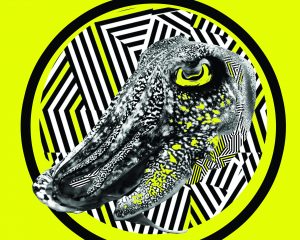 Film screening that speculates about: utterances, nonsensical languages, trans-species forms of communication, madness and dissociative states from School of the Damned members and friends.

School of the Damned is a year-long alternative, un-accredited, postgraduate program run by its students. The school is constantly redefined by the motives of its students.

The Wrestler and the Crab – Hannah James

Plus interventions from the Yip Yips. 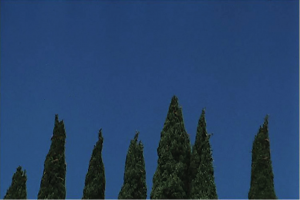 This programme of recent short artist films considers the human-altered landscape and landscape-altered humans, with the material of film as active collaborator. Direct impressions of radioactivity on photosensitive materials; urban built environments abstracted into feelings through traces of light; the transmutation of land into property and the troubled relationship between imaging cinematic landscapes, botanical gardens, and expansion of colonialist, imperialist powers; the reclamation of human art objects and abandoned industry by flora and fauna; the destruction of the illusion that there has ever been any separation between the “human” and the “natural” to begin with. Stories in the hills of Southern California, interiors and exteriors blurring on the edge of the desert,  geological forces,  the boundaries of the film frame, and beyond. With films by Vera Brunner-Sung, Jeanne Liotta, Brigid McCaffrey, Tomonari Nishikawa, Alee Peoples, Eric Stewart, Mike Stoltz, and Lichun Tseng.

Destruction of An Image Sensor 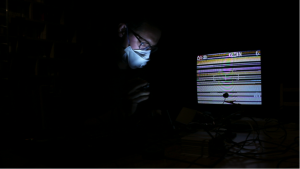 An audiovisual performance for an excised Fuji A600 compact camera, handheld lens, mirror, dremel, CRT monitor, audio feedback system, and my right eye. All our digital images are structured by small photosensitive chips whose operation remains entirely obscured from their user. This performance seeks to redress this by opening up and gradually destroying the sensor while watching and listening to its output.

Stephen Cornford is a media artist and experimental musician who works by reconfiguring consumer electronics into expressive and reflective devices as a means of critiquing the ideologies they embody. He has had solo exhibitions in Tokyo, Berlin, Brighton, Bergen, Ljubljana & London and his work has been included in group exhibitions in Karlsruhe, Tokyo, Basel and Venice. Stephen studied at The Slade and Dartington and is currently a PhD candidate at Winchester School of Art. 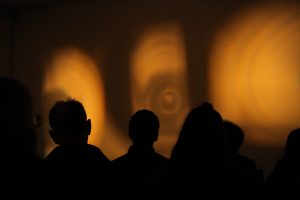 Listening to the Stars by Star Light 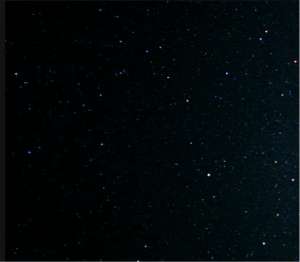 Friday evening Shirley Pegna invites participants for a midnight listening to stars by starlight. Join us at midnight and promenade under the night sky accompanied by sounds from far distant stars in and beyond our galaxy. Listening to sound and signal from extreme long distances gives us a different perspective of our universe. The sounds heard around us in the night as we promenade, will be mixed with those heard via multiple hand help speakers amongst the walkers.

Starting from the BEEF shed Octopolis. All welcome. 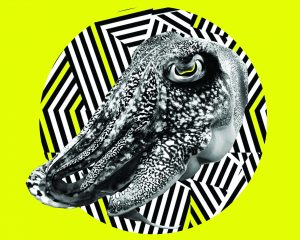 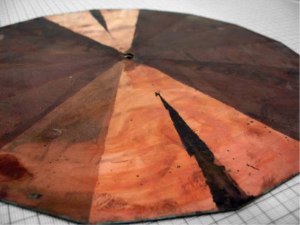 Copper Sounds is an experimental Record Label and Manufacturer. They produce records made out of various materials such as copper, stone and ceramic. These records are then played as a DJ set.

Foulis’s Daughter: A short history of the foghorn in 30 acts 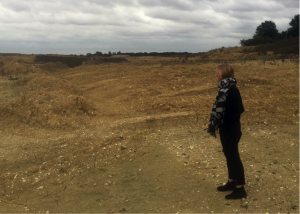 A spoken, sounded and interrupted performance-talk tracing a short rhythmic history of the foghorn from a fog-bound Labrador Coast, from a bend on the Firth of Clyde, the tip of the Lizard Point and the cliffs of the South Foreland.

Jennifer Lucy Allan is a writer and researcher. She works in physical archives, unearthing sensory material in the historical record. She is currently working on a PhD on the social and cultural history of the foghorn, and is also a music writer, specialising in experimental and underground music. She contributes regularly to The Guardian and The Wire, and is co-founder of the reissues record label Arc Light Editions. She lives and works in Southend-On-Sea. 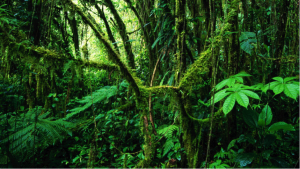 The Garden, a surrealist opera in equal parts sensuous and disturbing, will be performed live by Bruce McClure (vocals) and Wojtek Rusin (live electronics and vocals). Composer and writer Wotjek Rusin works with digital and analog sound sources, contact mics, guitar amps, synthesisers and anything which can be used as an unique sound source. He wrote music for the award winning show No Guts No Heart No Glory, and as Katapulto he recently released an LP “Powerflex” on the New York label Olde English Spelling Bee. The Garden was broadcast on BBC Radio 6 “The Freakier Zone” in September 2016.

BEEF team up with the Bristol based Qu Junktions; come throw some shapes on our alfresco woodland dance floor. 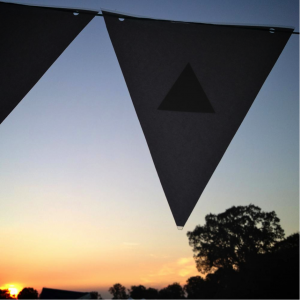 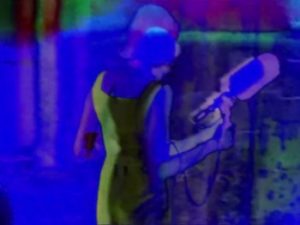 On Residual Agencies brings together works that negotiate the alchemical qualities intrinsic within moving image materials: celluloid film, digital video, sound, time. The body and the apparatus are employed, represented, fragmented and suggested to explore the distribution of agency within filmic practices. The artists apply a range of strategies to subvert the mode of production and affect the viewing experience. Processes range from the automatic: digital time-lapse and sound-trap applications, to consciousness-altering: self-hypnosis and naturally derived psychedelia; to camera-less: 16mm filmmaking directly with the sea…

On Residual Agencies is curated by Leontios Toumpouris and Maria Anastassiou. 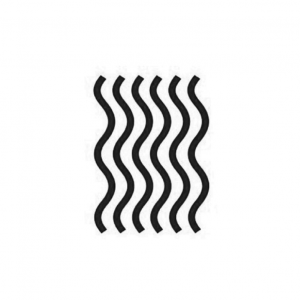 Bristol-based Hamish Trevis aka Kinlaw uses an ethereal blend of black magic, country air and a vague memory of R&B from the mid 90s to scintillate a mystical atmosphere, distorted surfaces, textural depths of sound. Join us for a one off special performance with live visual improvisations from the visual artist collective Bristol Diving School archive (2009- 2015).

A programme of experimental films focusing on themes of space, place and rural environments. Responding to the serene beauty of Braziers park and the magical corner of the Octopolis cinema, the programme brings together quiet and gentle reflections on natural surroundings, fleeting gestures, bodily engagements, and, of course, the vast night sky. Films by Cassandra Celestin (Greece), Jeanne Liotta (USA), Viktoria Schmid (Austria), and Mary Stark and David Chatton Barker (UK). 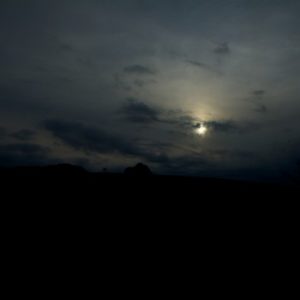 Nocturnal adventures in and around the Octopolis woodland cinema. Quiet enough to hear the cracks and hootings of night-time wildlife, thrilling enough to stay up for. We will have Konorebi projections from the day into the night, silent films and faint musics, whispered conversations, if you like, and the rare chance to enjoy the woods at night until dawn. A clandestine gathering for night owls and morning larks, an alternative silent disco! Bring the things you’ve been making, or wanting to make. All welcome to drop in and out, skip about or nestle down until breakfast. 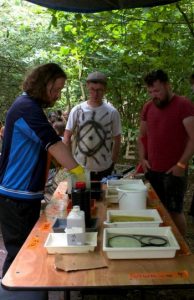 Responding to the sylvian setting of Octopolis and the half-light, BEEF’s workshop this year will be one firstly of gathering and collecting in the woodland, followed by contact printing the amalgam of found matter onto 16mm film by torchlight. The resulting collective film will be projected in the evening. 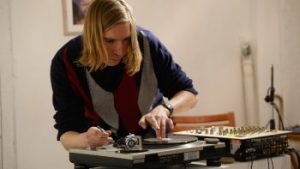 Clock-time becomes irrelevant and duration is measured in flows, shifting blocks of affect. Using an empty nightclub, records without music and exposed unwanted noises to take an imprint or residual negative. Ghosts dissolving into the dancefloor, from dawn till dusk. Using the technical gestures and mixing protocol from dancefloor focused DJ sets, but playing everyday street sounds, birdsong and traffic noise from battered, crackly dubplates.

Graham Dunning is self-taught as an artist and musician having studied neither discipline academically. His live work explores sound as texture, timbre and something tactile, drawing on bedroom production, tinkering and recycling found objects. He also creates visual work, video and installations drawing on these themes. 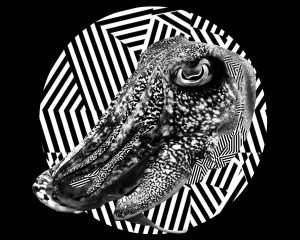 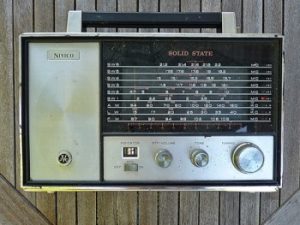 Matt Davies invites you to become part of the Radio Orchestra, a performance for eight radios, sixteen operators and one screen. Inspired by John Cage’s: Imaginary Landscape No. 4 (1951).

To participate please turn up promptly at 4pm, performance starts at 4.30pm.

Matt Davies is an artist whose work is primarily engaged with the act of listening and the exploration of chance based composition. Past projects include ‘Piano Works Loop’ at Expo Leeds, ‘Oberhausen Spur’ a research residency recording abandoned train tracks for Kitev in Oberhausen, ‘Sound Sweep’ a performance for Haroon Mirza’s show at Spike Island, Bristol and his Piano Works series was shown at Schmalfilmtage, Dresden. He has recorded the micro sounds of plants for Luke Jerram’s ‘Plant Orchestra’, Riga Botanical Gardens, Latvia and his latest collaboration with Milo Newman ‘By the mark, the deep’ field recordings from the submerged town of Dunwich was recently installed at Arnolfini, Bristol. His work is also featured in the ICA’s Soundworks collection.

Radio in the Dark

The projector screen is given some time out on Sunday, as we invite you to use your imagination to conjure the images. Eliza Lomas curates a communal afternoon listening experience, celebrating audio storytelling from around the world. 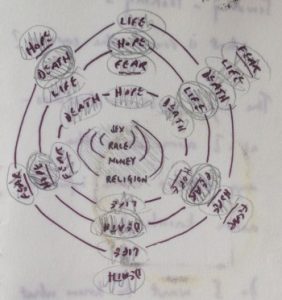 School of the Damned

Film screening that speculates about: utterances, nonsensical languages, trans-species forms of communication, madness and dissociative state from School of the Damned members and friends.

School of the Damned is a year-long alternative, un-accredited, postgraduate program run by its students. The school is constantly redefined by the motives of its students.

Plus interventions from the Yip Yips. 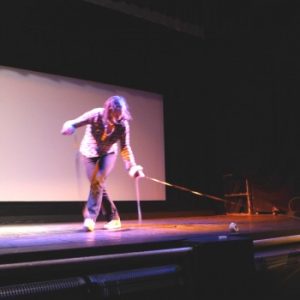 Vicky Smith marks directly onto film by jumping on it. Attempting to register imagery in the same place she moves in repetitive, restricted ways. The film is made in equal measure through her physical actions and the force of the ground. Projection of the film reveals delicate patterns inscribed upon the worn out emulsion. 16mm film, performance, projection.

‘Baudelaire placed shock experience at the very center of his art … how he stabs away with his pencil, his pen, his brush…how he pursues his work swiftly and intensely, as though he were afraid his images might escape him. ’ (Walter Benjamin, On Some Motifs in Baudelaire)

Come see the phantasmagorical delights of the Gloaming Amalgam workshop! A collective made 16mm film to be projected which was made earlier in the day. 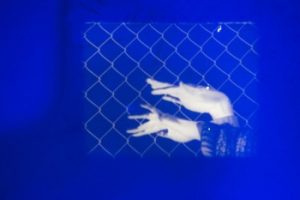 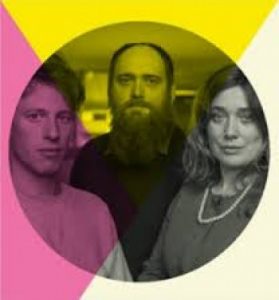 From a collection of British Broadsides (low cost daily song sheets sold for a penny) Lisa Knapp and Nathaniel Mann reinvent a folk tradition, bringing a rare insight into Britain’s musical, literary and political history. Having researched a collection of Broadsides at the Bodleian Library, Knapp and Mann perform some of them for the first time in several hundred years accompanied by 16mm films made for each ballad by James Holcombe.

Ballads include The Dead Man’s Song, The Gallows Pole, Power of Election and The Birds of Harmony.

Through the weekend we will have visual happening courtesy of Intermission Man, Rod Maclachlan, Al Cameron & Lady Stubbs.