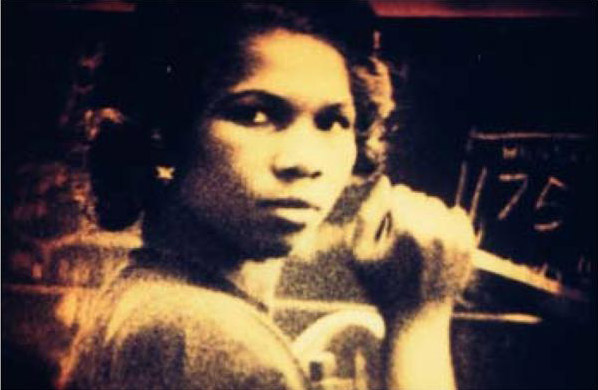 In Black History Month BEEF presents a screening of two influential works of British experimental cinema which engage with Black culture, experience and politics in 1980s Britain. Territories (1984) and Handsworth Songs (1986) were produced by Black artists’ film collectives against a backdrop of 80s urban unrest, and were directed by two of the UK’s most respected artist filmmakers. In them, the documentary film becomes a fragmented and dubbed audio-visual collage, exploring histories of community, resistance and oppression in Britain and questioning the dominant narratives and representations of the day.

An experimental documentary about the Notting Hill Carnival which used radical techniques of sound and image montage and repetition drawn from sound system culture to refuse mainstream media stereotypes, Territories locates the Carnival within the struggle between white authority and black youth and reflects on its history as a symbolic act of resistance.

Sankofa Film and Video was established in 1983 by Isaac Julien, Martina Attille, Maureen Blackwood, Nadine Marsh-Edwards and Robert Crusz. Graduates from art colleges and polytechnics, they were part of a wave of black independent filmmakers who emerged in the 1980s, determined to explore in their own terms the complexities of black British experience, politics, sexuality and history.

Constructed from archival footage, film shot during and after the riots, and featuring an astounding soundtrack drawing on dub aesthetics by Collective member Trevor Mathison, Handsworth Songs (which was commissioned by Channel 4) takes as its point of departure the civil disturbances of 1985 among black communities in the Birmingham district of Handsworth and across London. Refusing to impose a single perspective, the film poetically explores civil disorder, oppression and a secret history of British industrial decline.

The Black Audio Film Collective (1982-1998) was formed in Hackney by John Akomfrah, Reece Auguiste, Edward George, Lina Gopaul, Avril Johnson, David Lawson and Trevor Mathison. Responsible for some of the most challenging documentaries in Britain in the 1980s, BAFC was at the forefront of debates about the politics of representation in cinema and culture.

Plus bar, records and cult videos.

Presented in association with Lux

With the kind support of Lux and Isaac Julien