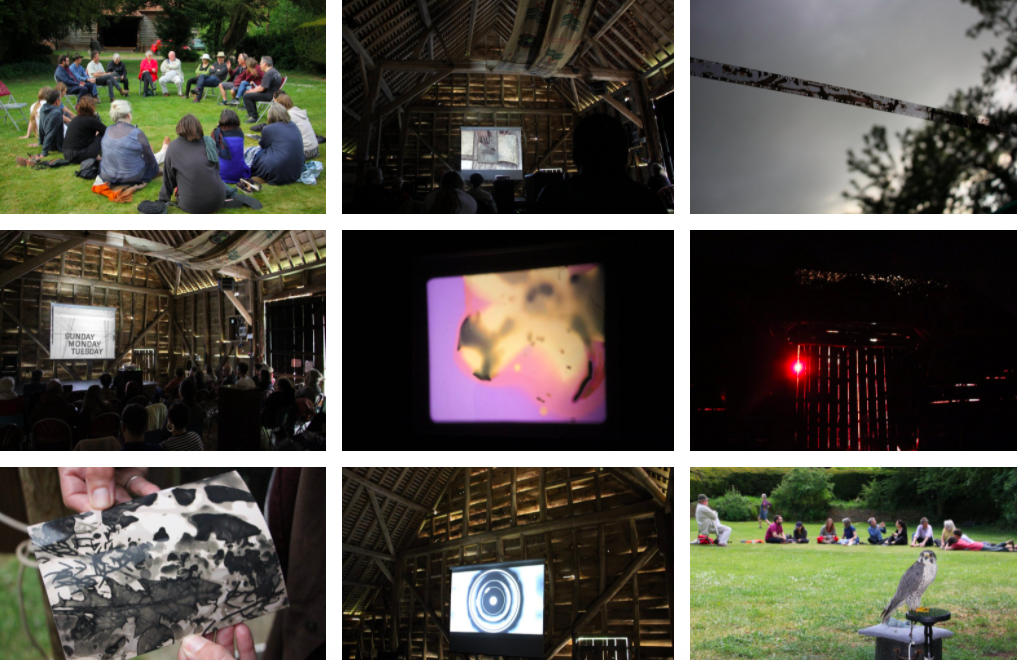 Braziers International Film Festival offers an opportunity for independent filmmakers to show their work to an enthusiastic audience, in a unique, historical setting. We accept films in any genre, including experimental, documentary, animation, comedy, fiction. The festival takes place on the Braziers Park estate, home to the annual Supernormal Festival. Films are projected to audiences in a cinema-style environment, with screenings taking place inside a large, historic 17th-century barn adapted for public performances, in addition to the Gothic manor house and custom-built outdoor structures. Screenings are followed by group discussion and Q&A with attending film-makers, who will be invited to Braziers.

BEEF presented a film screening on 16mm and digital, with live expanded performances by members including: