During the winter months we offered a series of workshops and relating talks/salons for audiences to learn the nuts and bolts of 16mm analogue film-making. The workshops are aimed at both total beginners, as well as those who want to brush up on, or learn new analogue sound and film-making techniques. The workshops followed loosely on from each other and adopt the order that is ordinarily taken to produce a film. 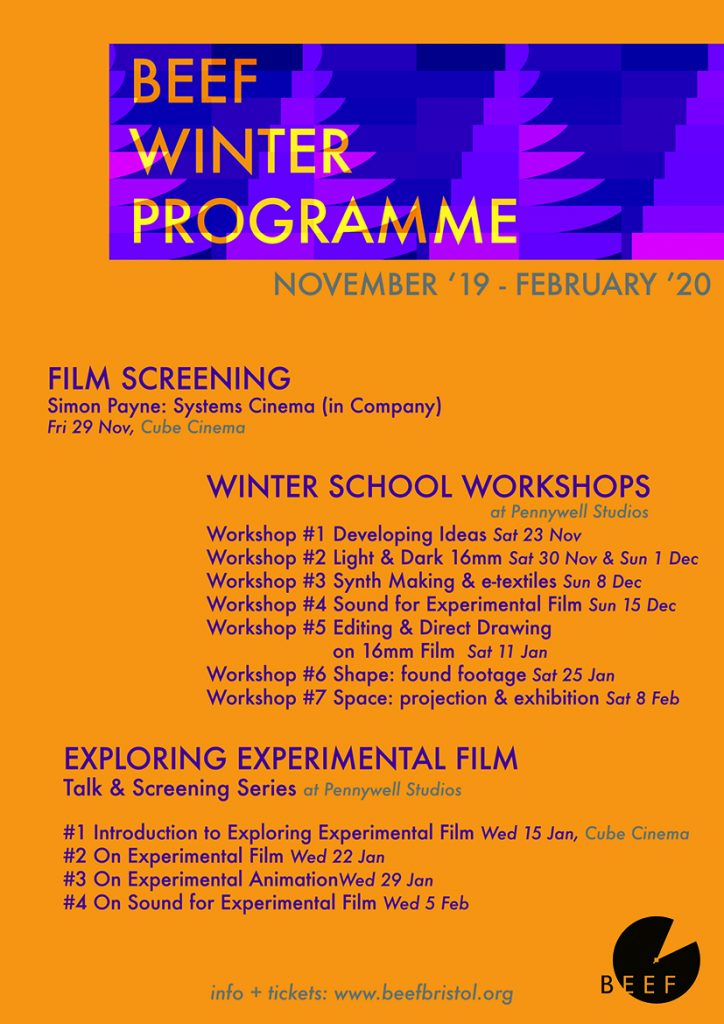 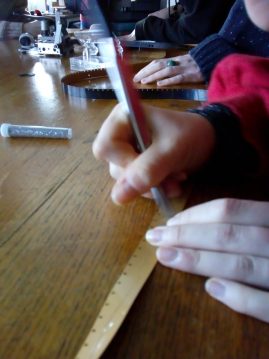 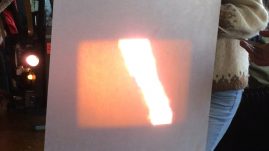 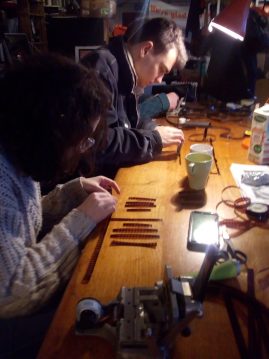 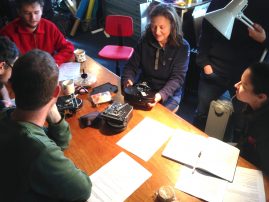 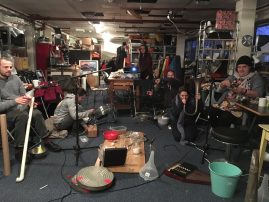 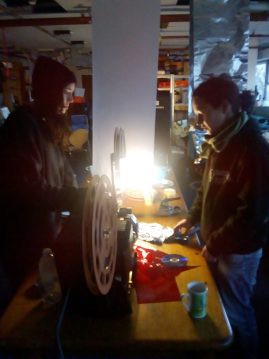 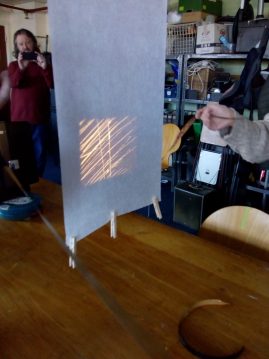 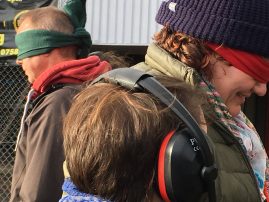 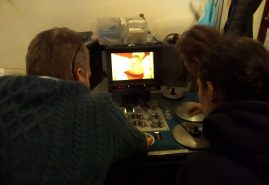 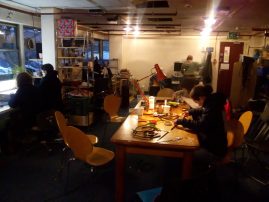 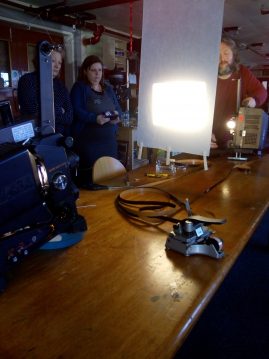 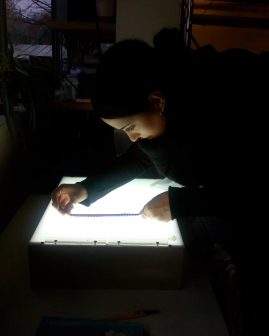 BEEF Winter Workshop Bursary recipient Caroline Thake talks about her experience of attending all of the workshops in the programme:

“I was over the moon to receive BEEF’s Winter Workshop Bursary at the end of last year the colourful program was a hands on crash course in analogue experimental cinema and sound. Over the course of the workshops we met many of the BEEF members as they shared their specific areas of interest and expertise.

The workshops began with developing ideas, we went on to shooting 16mm Bolex cameras then developed our films in the darkroom using caffenol. We soldered together our own mini synthesisers implanting them into soft toys and explored analogue sound, making soundtracks to experimental films using unexpected objects. My favourite discovery was a small fan heater and contact microphone combo.

The next few workshops centred around manipulating film. We explored mark making directly onto 16mm, in this colourful workshop we used techniques such as direct drawing, scratching, puncturing, spraying and bleaching film. In the found footage workshop we used old fragments of film and spliced them together messing around with loops, repetition, pacing, mirroring, layering, cutting and joining.

The last workshop covered projection and exhibition. We were shown how a projector works in BEEF’s typical hands on fashion, then looked at a range of models each with their own functions, strengths and weaknesses. We had a go at lacing up the projectors then explored creative ways of projecting moving image into a space using mirrors, ceilings, people and objects found within the space.

The workshops came at the perfect time for me as my practice has slowly been shifting from experimental analogue photography towards moving image. I gained hands on practical knowledge and plenty of inspiration to begin working independently with analogue film and sound.

I love BEEF’s DIY ethos and commitment to analogue techniques, we were absolutely encouraged to experiment and test the limits of the medium. We pushed film towards the point of destruction watching with delight as frames burned, beautifully illuminating the projection. It was always a magical moment in the workshops as we screened our rough cut creations, taking in the unexpected outcomes and conjunctions accompanied by the clicking hum of the projector.”

Check out these clips of the work Caroline made on the workshops: