The bursary enabled me to adapt my 1911 hand-cranked 35mm projector to play audio as the support meant I could buy the bits and pieces required.  It will, most likely, be the only hand-cranked 35mm projector with optical sound in existence. I am still ironing out issues and improving how the sound reader works together with the stand and projector.  The equipment will be used publicly, for the first time, for my Light leaves the Body performance at Flatpack Festival May 7th 2020 (now postponed due to C19). I will create films specifically for this projector; experimenting with the frame rate of the film and speed of the audio. 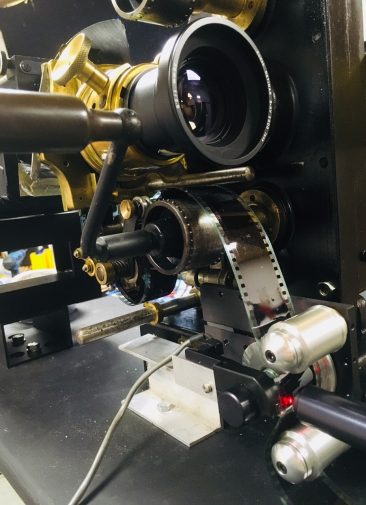 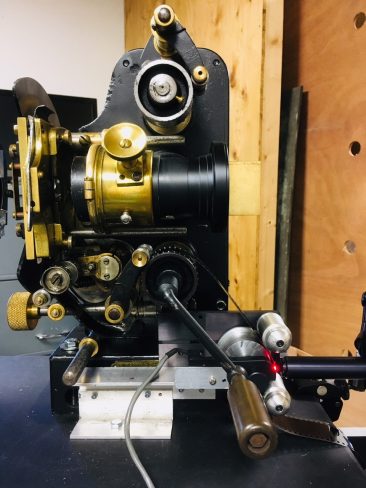 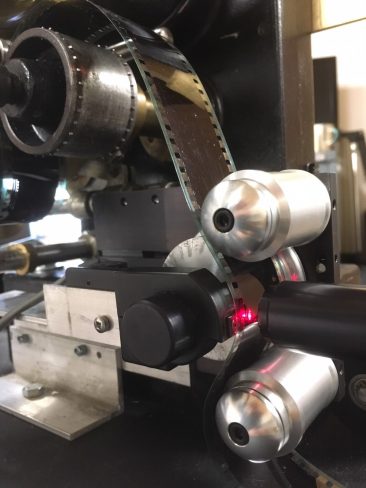 In March 2019 Sam Francis and the Snoozie took a trip to the Orkney Islands journeying from bed to bus, to train, to Edinburgh, to bed, to the A9 with our thumbs out, to back-seats, to conversations, to Scrabster, to hostel, to ferry, to bus, to Kirkwall, to ferry, to Sanday, to Rosie’s tax-free car, to Stove Farm.

We will document and observe.

We will be analogue and digital.

We will write and draw.

We will make and create.

We will test and tease.

We will connect and discover.

We will be sound and we will be echoes.

We returned ladened with source material and stories in our pockets which we began to unravel and re-piece back together into new forms.

As submerged artists, we crawled out of the dark stagnant pool of admin and toilets. This bursary opportunity allowed for time to focus on reigniting our creative practices both individually and collaboratively as an on-going and evolving project.

You can see some of what Sam got up to afterwards v soon watch this space.

The bursary has supported the project the Rock Record. The project aims to etch data from the impact of earthquake into rock and out last the human span of life. In the process of finding collaborators especially to explore equipment to do this, the project developed and branched out in other ways. Two performance pieces were made with the audible and resulting vibration of the effects for the recorded quakes. A durational dance piece with seven dancers choreographed as transferring slow strong forceful energy  – as do clashing tectonic plates. The piece, All Terrain Training, was first performed in an artist led space in Peckham in February with live mixed sound via surround speakers and sub woofer. Another piece, Earth Din, also using the sound from these types of earth activity was to involve recorded sound via three subwoofers, live cello and double bass. The opening of this piece was postponed due to the corona virus restrictions in March.

These restrictions also postponed our collaborative activity involving Copper Sounds: Sonny Lee Lightfoot and Isaac Stacey as we were about to talk about the Rock Record process and its connection to the project activity at the CFPR at UWE in Bristol. For this process we have created a mix with the earthquake sound, for a vinyl record, and from this we were about to mould and press a resin version of the same mix with the resin itself containing chips rock – a rock type that comes from the area where the earth quake was active. Although postponed due to C19, the BEEF bursary has encouraged a handful of works and collaborations to emerge and continue that are still in development. 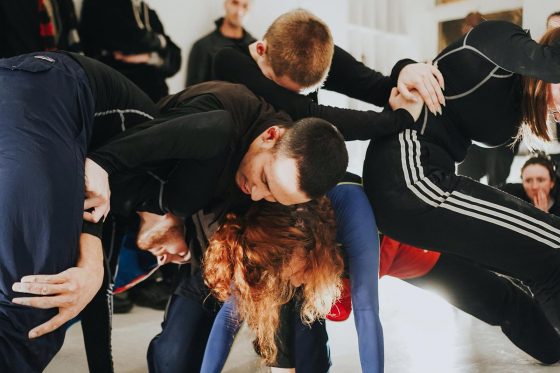 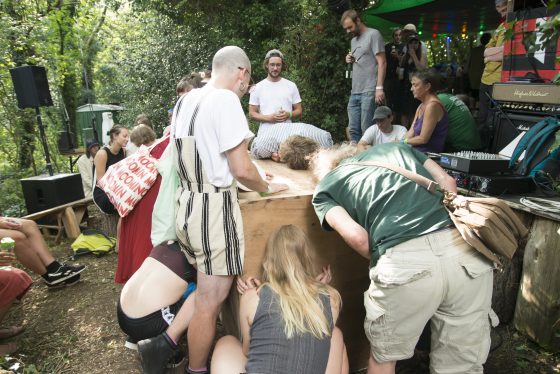 The BEEF bursary went into developing and presenting a first version of a new vocal performance called The Thicket. Composed for four voices, The Thicket is a performance of intricate, rhythmic and melodic text – sometimes narrative, sometimes abstract, sometimes non-verbal. Written in an obsolete vernacular, the text is an arcane expression of the human relationship to its environment. Guided by an audio score fed to each of the four performers, they sing this text in melodies and rhythms otherwise impossible to perform. The result is a unique a capella work that evokes elements of vocal drone and minimalist phasing.

The first version of this was performed at Supernormal Festival 2019 and development is ongoing. We will be touring the completed work in 2020/21 and releasing a recorded version and accompanying score through artists’ editions label The Brunswick Club Editions. 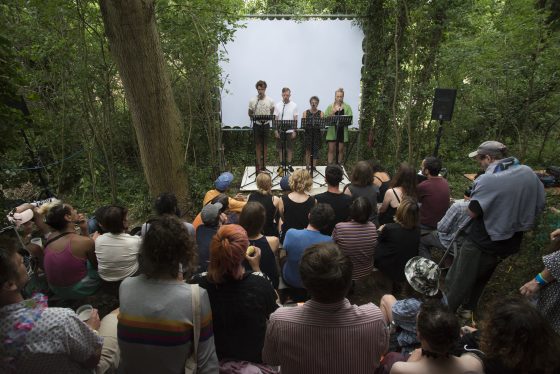 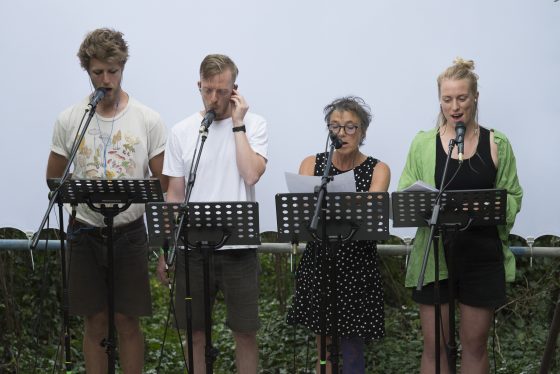 Brunswick Club is an optical sound film shot during BEEF’s last days in the building. Filmed on a Super 16mm handheld Bolex camera, means that when it is played back through a regular 16mm film projector, the soundhead will interpret the image as audio. Close up details of the building; such as its wallpaper, carpets, light fittings and safety glass are translated into a pulsating blend of sonic shrills, putts and purrs.

This bursary helped pay for the initial costs for purchasing 16mm film stock, processing the film and a digital scan of the negative. The next step is to get a positive print of the film made, to be shown at various film festivals and events.